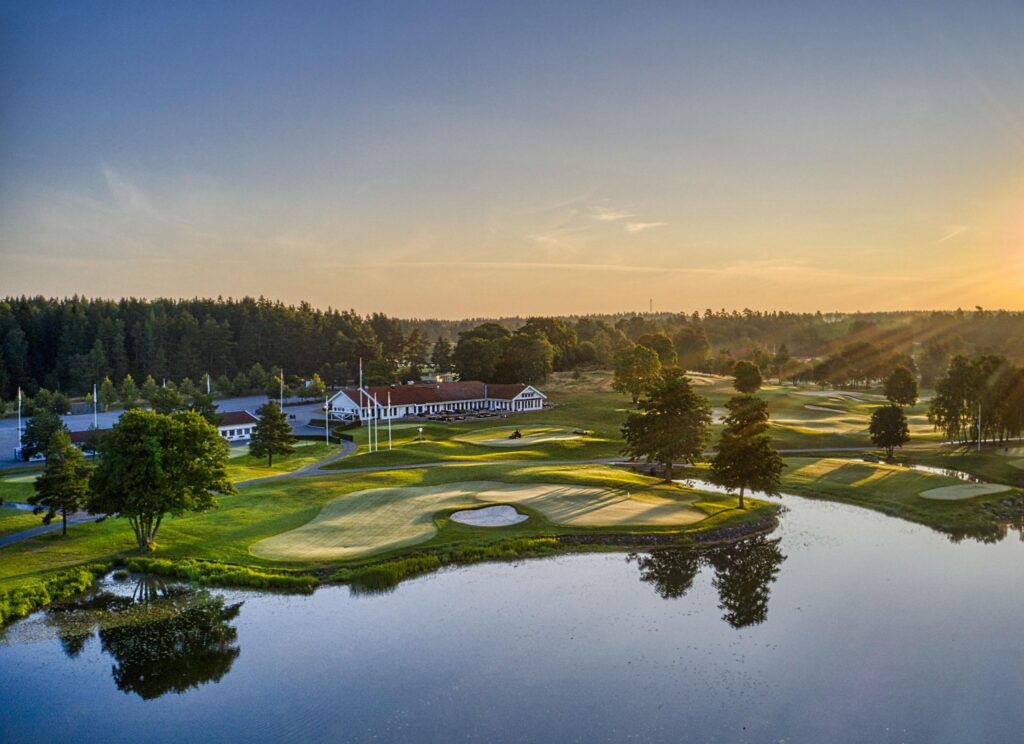 Ullna Golf & Country Club in Stockholm has been confirmed as the venue for the 2023 Volvo Car Scandinavian Mixed from June 8-11, 2023.

The innovative event – co-sanctioned by the DP World Tour and Ladies European Tour – arrives in Sweden’s capital city for the first time, featuring a field of 78 women and 78 men playing for one prize fund and one trophy.

Earlier this year, Linn Grant made history on home soil when she became the first female winner of Volvo Car Scandinavian Mixed at Halmstad Golf Club. The Swede produced a nerveless display of frontrunning on Sunday to keep a host of DP World Tour stars at bay to claim her third Ladies European Tour title by nine strokes in her rookie season.

Designed by Swedish sports hero Sven Tumba in 1981, Ullna is situated on the banks of Lake Ullna. It is located 20 minutes north of Stockholm and offers the perfect balance among soft shaped hills and ever-present streams – a mix of Tumba’s original design and the renovation overseen by Jack Nicklaus in June 2013.

Ullna previously hosted the Scandinavian Enterprise Open from 1983–1987, featuring many of the biggest stars from the European Tour (now DP World Tour), including past champions Sam Torrance (1983) and Ian Woosnam (1984).

The stunning venue is no stranger to some of the biggest names in the world of golf walking its fairways, with Annika Sörenstam winning the HP Open on the Ladies European Tour 2004 and Tiger Woods playing as part of the SAS Invitational team competition between 1998-2001. It also hosted the 1988 Eisenhower Trophy.

“We strongly believe in the mixed format and we know our course will offer all players a fantastic challenge. Throughout history, the club has organised both national and international, professional, and amateur competitions, not least the legendary Scandinavian Enterprise Open and SAS Invitational where Tiger Woods himself played. Our members, employees, and partners see it as a great honour to become the host venue for the tournament next year.”

Katarina Adamson CX, Marketing & Communications Director, Volvo Car Sweden, said: “After this year’s success in Halmstad, we are delighted to see Stockholm and the spectacular Ullna Golf & Country Club host the 2023 Volvo Car Scandinavian Mixed. Stockholm is an important market to us, and we look forward to welcoming everyone to experience the world’s most equal golf tournament and Volvo in June next year.”

Keith Pelley, Chief Executive of the European Tour, said: “We are delighted to bring the Volvo Car Scandinavian Mixed, one of our most exciting and innovative tournaments, to the spectacular surroundings of Ullna Golf & Country Club and we look forward to welcoming our Swedish fans in Stockholm.

“Our game is inclusive in so many ways and this tournament continues to highlight that fact on a global stage alongside our partners at the Ladies European Tour. We witnessed history earlier this year when Linn Grant became our first female winner on the DP World Tour and we hope this event continues to help inspire participation in men’s and women’s golf in Sweden, and around the world.”

“Linn Grant’s historic victory in the tournament earlier this year, when she became the first female player to win an event on the DP World Tour, was an unforgettable highlight of our season. We are extremely proud of Linn, for what she achieved, but also take great pride in being part of this innovative mixed event, which puts our female professionals on an equal footing with the male competitors. We cannot wait to return to Sweden for another fantastic tournament next year.”