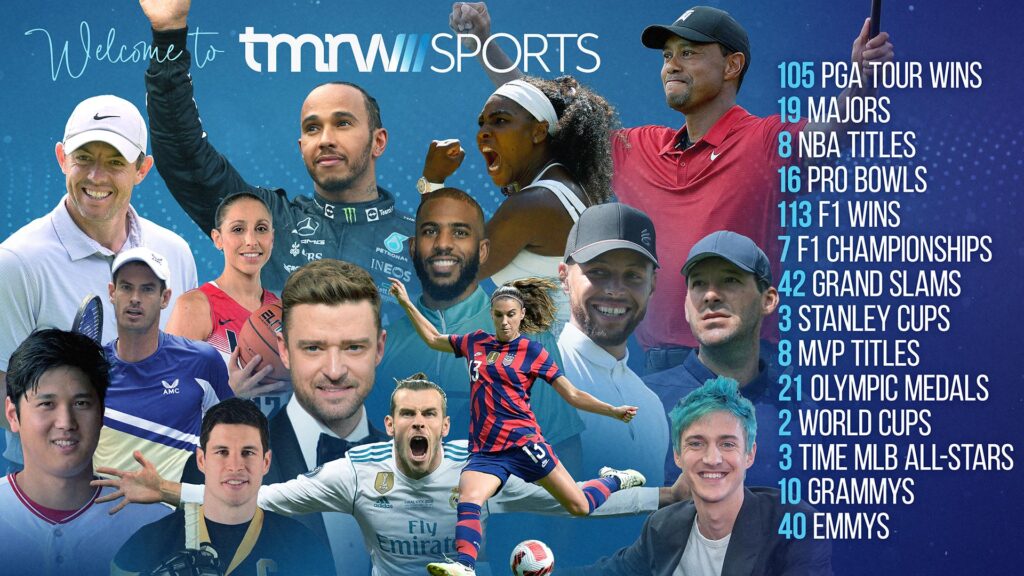 TMRW Sports, which is focused on building progressive approaches to sports, media, and entertainment, has announced its initial investor group, an influential roster of icons across sports and entertainment matched with business titans in technology, sports, media, and finance. The institutional investment was co-led by Connect Ventures and 25madison Ventures. The investment group’s sports experience includes team ownership in every major league and ranges across F1, NFL, NBA, Premier League, MLB, NHL, MLS, tennis, esports, surfing, and golf with a combined social reach of nearly 500 million followers across Twitter and Instagram. The announcement was made by Mike McCarley, founder and CEO, TMRW Sports (pronounced “tomorrow sports”), who unveiled the formation of the company in August with co-founders Tiger Woods and Rory McIlroy, as well as early investor Dick Ebersol.

“Over the past year we’ve assembled a team of investors who will help deliver on the TMRW Sports’ mission to positively impact how sports are experienced in the future. And we’ve been intentional about diversity of expertise, thought and backgrounds as we mobilized this strategic group co-led by Connect Ventures and 25madison Ventures,” said McCarley. “From the very beginning our plan has been to partner with the best-in-class in every way imaginable and Tiger, Rory, and I value the support of this unrivaled team of investors, advisors, and ambassadors who believe in our vision to harness technology to create progressive approaches to sports. Their combined broad reach and cultural relevance will expand potential opportunities and fanbases for TMRW projects. Plus, many share a passion for golf that only adds more fuel to TGL, our first project in partnership with the PGA TOUR.”

“TMRW Sports is redefining how the next generation of fans will play and consume sports by leveraging technology in unique and innovative ways,” said Michael Blank of Connect Ventures. “Connect Ventures is thrilled to work alongside this world-class group of investors to support Tiger, Rory and Mike’s vision to further accelerate the evolution of sports and make it more accessible for all.”

25madison: 25madison Ventures is the seed-stage venture fund of 25madison, an early-stage venture platform backed by Apollo Global Management. The fund invests in disruptive technology companies and is led by a team of seasoned operator-investors.

“Tiger, Rory, and Mike are all titans of both golf and business. It was a no-brainer to join forces with Connect and this first-rate investor group to support TMRW Sports as they bring their vision to life. There is a huge opportunity to elevate how fans engage with the sports they love, and the team at TMRW Sports will do just that,” said Steven Price, CEO and Co-Founder, 25madison.

In August, Tiger Woods, Rory McIlroy, and McCarley announced the formation of TMRW Sports and TGL, a new tech-infused golf league in partnership with the PGA TOUR. TGL will showcase team competitions fusing advanced tech and live action from a custom-built venue in primetime on Monday nights. Woods and McIlroy are the first two golfers committed to compete and the league’s inaugural season will kick off in January 2024.

·                     Tech-Infused Venue: A first-of-its-kind experience for golf enabled by a data-rich, virtual course combined with a tech-infused, short-game complex;