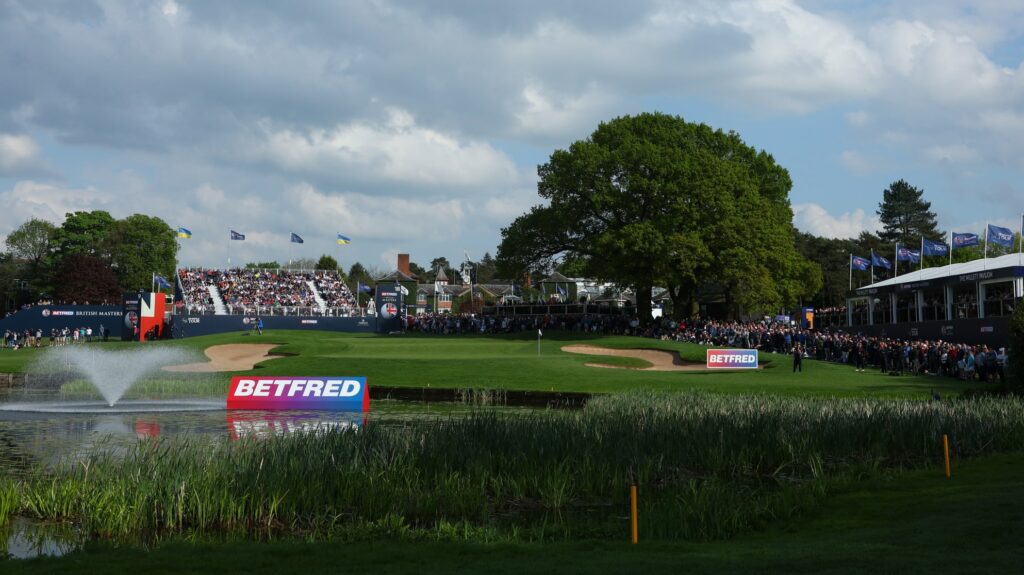 The Betfred British Masters will be played over the iconic Brabazon Course at The Belfry for the next four years, with the former Ryder Cup venue staging the tournament until 2026.
Share
LinkedIn Twitter Facebook Email

Next year’s edition of the popular tournament will be the 20th DP World Tour event held at the Sutton Coldfield venue, also moving to a new summer date of June 29 – July 2.

British bookmaker Betfred will also remain as title sponsor for 2023 and 2024. In 2023, they will be celebrating their fifth year of support for the event after first sponsoring the tournament in 2019.

The tournament has been hosted by some of British golf’s leading players since 2015, including 2023 Ryder Cup Captain Luke Donald at The Grove in 2016, Justin Rose in 2018 at Walton Heath, Tommy Fleetwood in 2019 at Hillside and Danny Willett at The Belfry in 2021 and 2022. Next year’s host of British Masters will be announced in due course.

The Belfry first staged a DP World Tour event in 1979, when the late, great Seve Ballesteros won the Lada English Golf Classic. Six years later, The Belfry was the scene of further historic moments at the 1985 Ryder Cup when Europe inflicted its first defeat on the United States team as Tony Jacklin’s men won 16½ – 11½.

It was the first of four Ryder Cups to be held at The Belfry, with the venue witnessing Europe retain the Cup in a tie in 1989 and also defeating the United States in 2002. The United States won the Ryder Cup there in 1993.

Chris Eigelaar, Resort Director at The Belfry, said: “It is a huge honour to host the Betfred British Masters at The Belfry Hotel & Resort for the next four years. Our team could not be prouder, their dedication and passion for delivering exceptional hospitality is second to none. We all look forward to welcoming players and spectators to our iconic venue for yet another exciting British Masters.”

Fred Done, Betfred Boss, said: “I am delighted to continue our association with the British Masters and look forward to returning to the iconic Brabazon Course at The Belfry.”

In 2022, Denmark’s Thorbjørn Olesen returned to the winner’s circle after a four-year absence, as he won his sixth DP World Tour title by one stroke from Sweden’s Sebastian Söderberg. Victory for 2018 Ryder Cup player looked unlikely, but a stunning eagle-birdie finish thrilled the 15,000-strong English crowd as he won his first title since the 2018 Italian Open.

Last year, more than 50,000 spectators attended the Betfred British Masters and Sunday’s General Admission tickets sold out. Fans are urged to purchase their tickets for next year’s tournament in advance to avoid disappointment. Click here to be the first to hear when tickets and Premium Experiences go on sale.