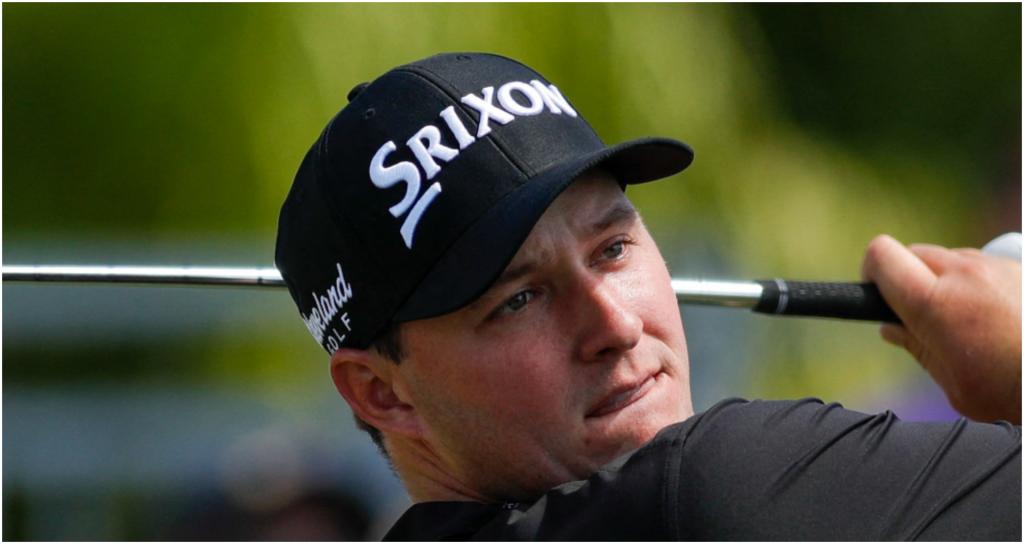 symplr®, the leader in enterprise healthcare operations software and services including provider data management, workforce management, governance, risk management, and compliance software-as-a-service (“SaaS “) solutions, is pleased to welcome Sepp Straka to Team symplr. Straka will sport the symplr logo as he tees off at the Sanderson Farms Championship in Mississippi.

A PGA TOUR winner in 2022, Straka moved to the United States at age 14 and played collegiate golf at the University of Georgia, and now resides in Birmingham, AL. With a 7th place finish in last season’s FedExCup rankings, Straka looks to continue his upward trajectory and establish himself as one of the best players on the PGA TOUR.

“We are thrilled to welcome Sepp Straka to the team,” said BJ Schaknowski, CEO of symplr. “Straka’s character and the way he conducts himself both on and off the golf course is exemplary of everything we stand for at symplr. Personally, I’m also excited to welcome a fellow alum from the University of Georgia to the symplr community. We look forward to supporting Straka as he continues his climb to become one of the world’s best alongside Azahara, Charley, and Garrick.”

Team symplr was launched in January 2022, and Straka joins leading LPGA and PGA golfers Azahara Muñoz, Charley Hoffman, and Garrick Higgo. The sponsorship aligns with symplr’s values of teamwork, determination, and results—traits that symplr prioritizes for its healthcare customers to provide better operations and better outcomes for patients, providers, healthcare staff, and payers.

“I’m so excited to partner with symplr and join the team,” Straka said. “symplr’s goal of optimizing operations to allow hospital staff to focus on achieving the highest level of care is a great parallel to what I’m doing with my career. I’ve found great partners and team members who allow me to fully dedicate myself to my performance on the course. I’m looking forward to meeting symplr employees and customers in the near future.”

Straka earned his first career PGA TOUR victory at the 2022 Honda Classic in February, where he shot a tournament-low 64 on Friday and had a clutch round of 66 on Sunday to come from five strokes down to win the tournament. With this win, Straka became the first Austrian to win a PGA TOUR event. Since turning pro in 2018, Straka has competed in the 2020 Olympics and tallied 12 top-ten finishes, including four top-five finishes in the past two years alone. He has quickly risen in the ranks to establish himself as one of the elite young golfers in the world and finished 7th in the 2021-22 FedExCup rankings.

symplr is planning for increased engagement and collaboration between Team symplr golfers and symplr, with opportunities for employees and customers to meet the players at local tournaments.

About symplr
symplr is the leader in enterprise healthcare operations software and services. For more than 30 years and with deployments in 9 of 10 U.S. hospitals, symplr has been committed to improving healthcare operations through its cloud-based solutions, driving better operations for better outcomes. Our provider data management, workforce management, and healthcare governance, risk management, and compliance (GRC) solutions improve the efficiency and efficacy of healthcare operations, enabling caregivers to quickly handle administrative tasks so they have more time to do what they do best: provide high-quality patient care. Learn how at http://www.symplr.com.
Media Contact:
Jill Gross for Matter Health
symplr@matterhealth.com
978-518-4528