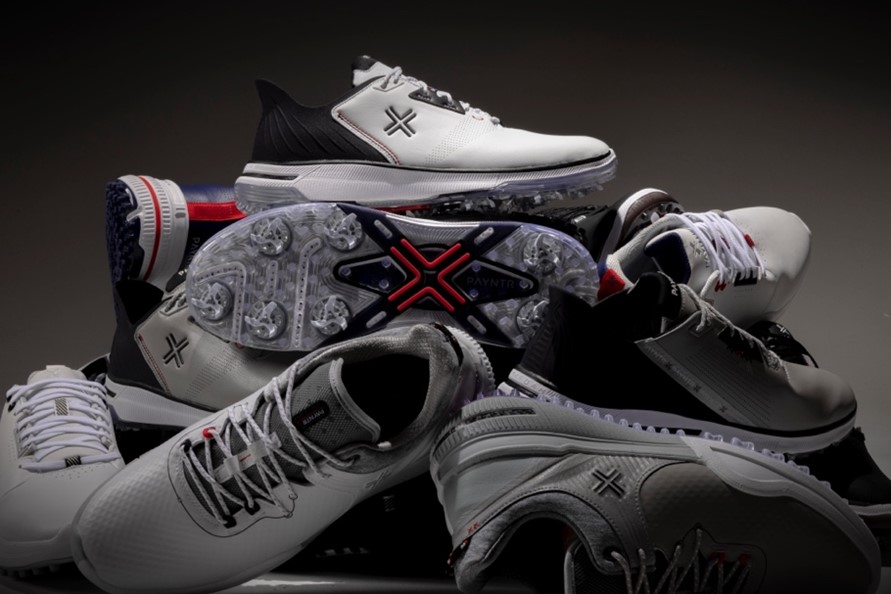 PAYNTR Golf, North America’s fastest growing golf footwear brand, today announced key sales milestones in 2022 as they prepare to launch new products, partnerships and distributors in 2023 on both a national and international level.

The performance-based golf brand is known for their innovative and ground breaking philosophy in the development of all PAYNTR Golf shoes which leverage ground reaction forces to increase ball and clubhead speed. After launching their first model in 2021, the PAYNTR X 001 F, success continued in 2022 with the PAYNTR X 002 LE and PAYNTR X 003 F both receiving rave reviews across major media outlets and direct to consumer feedback. For all products, year over year unit sales were up 590% and year over year revenue was up 415%.

“Our decision to launch PAYNTR Golf was based on the feeling that there was a void in the performance golf shoe market which had dramatically shifted to focusing on shoes as a fashion item rather than equipment,” said Mike Forsey, Co-founder and President of PAYNTR Golf. “We set out to target a specific type of golfer who would be interested in how our technology can help their performance on the golf course and we are pleased with the results thus far.” 2022 saw PAYNTR Golf collect several coveted accolades including the PAYNTR X 002 LE being selected by MyGolfSpy as the Best Spikeless Shoe of 2022 as well as the PAYNTR X 003 F finishing third and the PAYNTR X 001 F finishing eighth against competition from 39 specifically selected golf shoes. In addition, the PAYNTR X 002 LE was named by MyGolfSpy as the Most Comfortable Golf Shoe of 2022. The brand’s highly anticipated first spiked model, the PAYNTR X 004 RS, debuted in December and made an immediate impression on buyers, further bolstering sales during the holiday season. The performance driven spiked model was the first golf shoe to market to feature the ground-breaking Softspikes® Tour Flex Pro spike.

The tremendous growth of PAYNTR Golf can be attributed to a variety of factors including the introduction of new products, models, colorways, as well as debuting a women’s specific line and an expanded size run for junior golfers. Masters Champion and current PGA Tour Champions player, Mike Weir, is a brand ambassador with several more professional golfers and social media influencers slated to join the PAYNTR Golf team’s roster in the coming year.

In development of all PAYNTR Golf models, the engineering team is laser focused on how the golfer achieves more speed through better traction while not sacrificing comfort. By more effectively harnessing ground reaction forces throughout the golf swing, the three-dimensional traction and propulsion technology in the shoes delivers golfers more speed and more power to the ball.