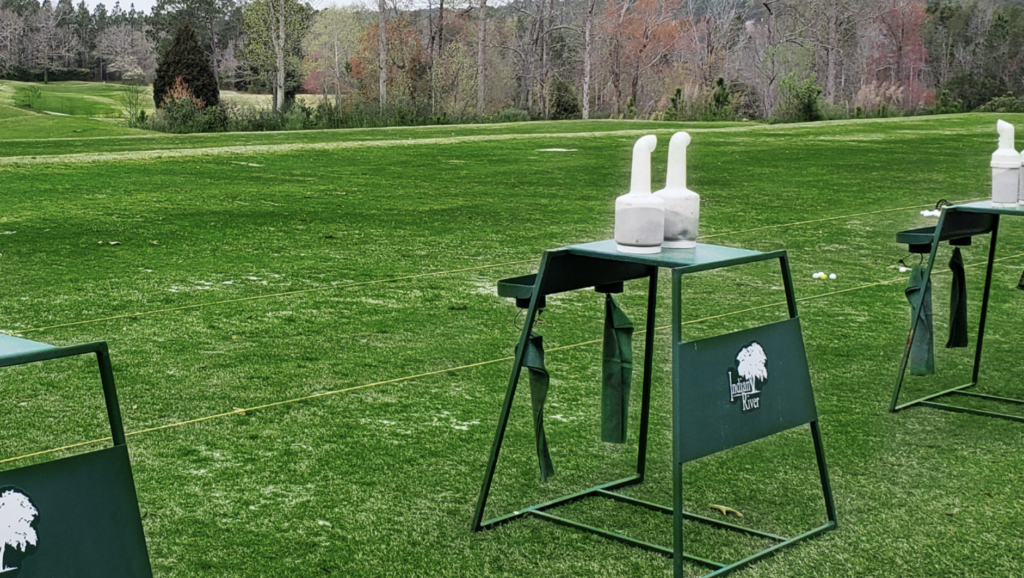 Wesley and George Bryan IV, whose Bryan Bros Golf channel has 169,000 subscribers and more than 22 million views, teamed with an unnamed business partner to purchase the Columbia, S.C. course. Biff Lathrop, Executive Director of the S.C. Golf Association, compares buying and revamping a golf course like Indian River to owning a boat. “Buying the boat is the cheap part,” he says.
Share
LinkedIn Twitter Facebook Email

The Indian River Golf Club in Columbia, S.C. is preparing for a makeover … and a lot of views on YouTube, The Post and Courier reported. Wesley and George Bryan IV, whose Bryan Bros Golf channel has 169,000 subscribers and more than 22 million views, are working with an unnamed business partner to purchase the course.

When they were just kids in the 1990s, their father was the club professional at Indian River before he founded his own teaching academy, The Post and Courier reported.

Now they and their partner own the place and are launching a multi-year project to make it a top-notch private golf course, even as George takes the lead on the YouTube channel and Wesley competes on the PGA and Korn Ferry golf tours, The Post and Courier reported.

Based on the video of the course they posted, Indian River has a long way to go reach the Bryans’ goal of matching other top-quality private golf courses in South Carolina, The Post and Courier reported. They showed parts of the course that had become covered in weeds and bald patches of sand.

The brothers want the greens to be the equal of any in the state, but their posted video shows them putting across a big bare spot of dirt located mid-green, The Post and Courier reported.

The brothers acknowledge that bringing Indian River up to top quality is a huge undertaking because of the shape that it’s in, The Post and Courier reported. It likely will be in a better shape for play in a year and continue to improve from there, George Bryan said.

In the video, Wesley Bryan acknowledges that having an investment partner was key to being able to afford to buy the course, for an undisclosed price, and also to upgrade it, The Post and Courier reported. Their goal, Wesley said in the video, is to give the Midlands the kind of pro-level course that it does not have now: “I honestly feel that it’s an area that’s hungry for that type of golf course.”

The duo know that they have a huge project ahead of them, one that they will document on YouTube, The Post and Courier reported. They also are well-aware that they are not experts and will have to rely on their partners, George Bryan said.

The Bryans and their team have taken on a huge project unlike anything that exists now in the Midlands, Biff Lathrop, Executive Director of the S.C. Golf Association, told The Post and Courier. Lathrop compared buying and revamping a golf course like Indian River to owning a boat.

“Buying the boat is the cheap part,” Lathrop said.

Based on the video, the course looks like it will need everything repaired or replaced, right down to the irrigation, he told The Post and Courier.

The brothers following in their father’s footsteps to build a facility for teaching in the Midlands makes sense, Lathrop told The Post and Courier. “I am very surprised that they ended up there.”

The course had been struggling under past ownership and could have gone under without someone like the Bryans stepping in, The Post and Courier reported. Instead, the plan is to make Indian River into a top-quality private course but to have periodic special events when non-members can play, especially golfers who are connected to them via social media, George Bryan said.

It will have golf simulators and the top technical equipment that golf instructors use, both for one-on-one lessons and larger group or junior classes, he said in the video.

Being private also will make it easier for teaching rounds on the course, which will play to the brothers’ strengths as golf pros, The Post and Courier reported.

“This is a dream for us, and we want to share that with you guys,” George tells the audience in their announcement video.

It also as a private course will allow them the time and space to film their YouTube content, The Post and Courier reported. That recently has been problematic at times, since the COVID-19 pandemic made golf a much more popular pastime.

“Golf is more popular than it has ever been, and the courses are slammed,” George said.

Golf courses can be brought from the level of disrepair apparently in place at Indian River to a top level, Lathrop told The Post and Courier. It just takes deep pockets, a lot of hard work and time.