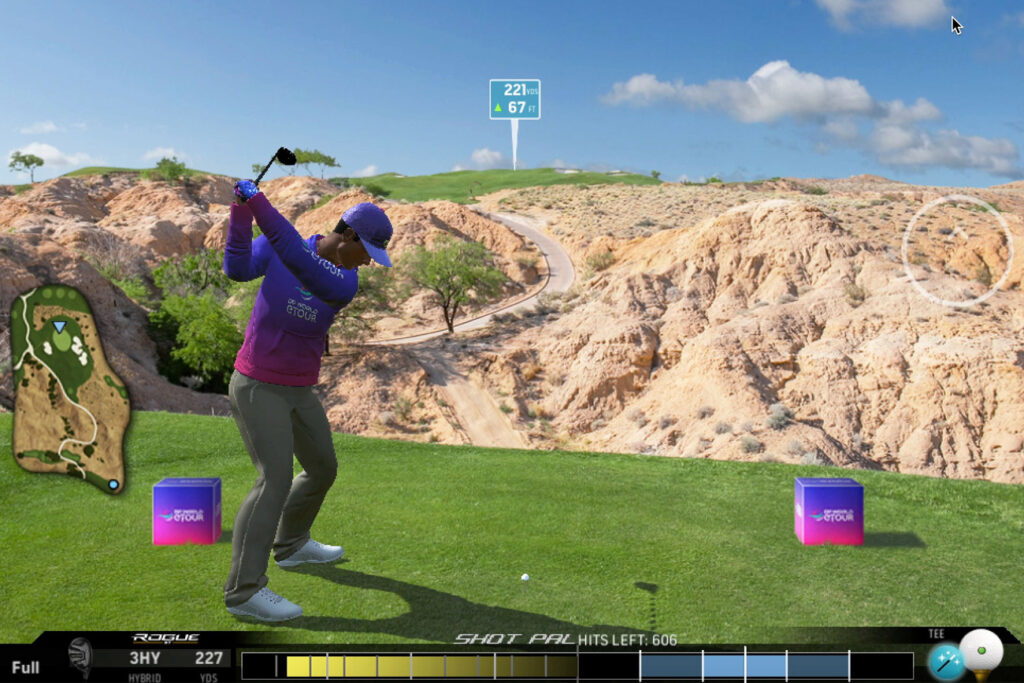 The DP World Tour has announced the launch of a new eTour competition in partnership with the leading online and mobile game World Golf Tour (WGT) by Topgolf and esports specialists DreamHack Sports Games.

The new eTour competition, which will be open to play from August 31, has four stages, with the entire competition played on Wolf Creek Golf Course in Nevada, USA, culminating in a live grand finale hosted at DP World’s high-tech FLOW Pavilion in Expo City, Dubai.

The four stages will be:

The WGT by Topgolf platform will also feature new DP World eTour branded apparel in its virtual store from August 31 to November 30.

The competition is the latest collaboration between the European Tour group, Topgolf Entertainment Group and DreamHack Sports Games. In 2020 the organisations joined forces to launch the European eTour on the WGT platform, which saw more than 750,000 entries and five million rounds played in its first two seasons.

WGT by Topgolf is an established leader in online golf competitions and has currently been downloaded by over 30 million users worldwide. It offers the most photorealistic golf gaming experience available, giving players the opportunity to virtually play some of the most famous championship golf courses.

Speaking about the new eTour competition Richard Bunn, Managing Director of European Tour Productions, said: “The esports industry allows the DP World Tour to engage with our existing audience in a different way and attract new fans through our broadcast and digital platforms. After working together with WGT by Topgolf and DreamHack Sports Games before on the European eTour, we knew they were the perfect partners to help introduce a new DP World Tour branded competition to our fans.

“With the support of our title partner DP World, the final promises to be a spectacular event, taking place at their impressive FLOW Pavilion in Dubai, that includes an 8K screen which is a stunning backdrop for the best WGT gamers to compete for the chance to be the DP World eTour Champion.”

Daniel van Otterdijk, Chief Communications Officer, DP World, commented: “We’re delighted to be part of the new global DP World eTour competition and particularly pleased to be able to host the grand final here in Dubai, in what will be a spectacular showdown. Dubai is not only one of the most prominent sports capitals of the world, but also a hub of world-class technology and innovation.

“Our DP World FLOW Pavilion in Expo City, which is dedicated to logistical and technological excellence, is a fitting setting to bring the DP World eTour to a close this November. We would like to wish all the competitors the best of luck and thank the partners involved in making it all happen.”