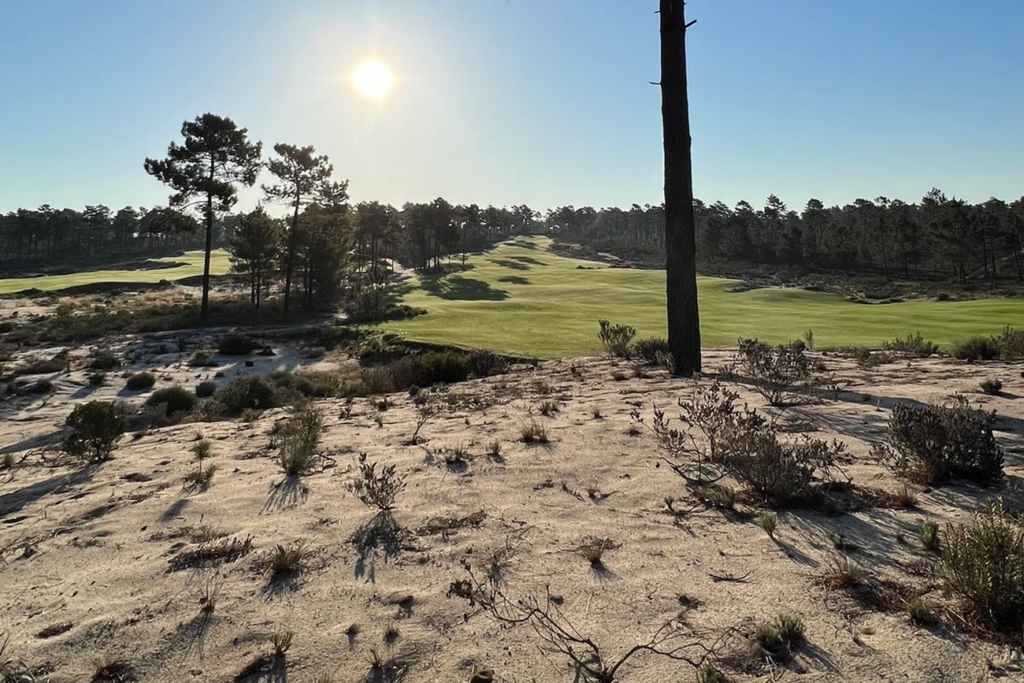 Golfers around the world have been given a tantalising preview of The Dunas Course at Terras da Comporta after the eagerly anticipated golf course project in Portugal was featured in a global television programme highlighting the best new golf developments in Europe.

Producers of CNN’s monthly magazine show Living Golf brought the new David McLay-Kidd course to its worldwide audience of millions after being invited to film the new golf project one hour south of Lisbon as preparations continue ahead of the layout opening to the public next summer.

As well as showcasing the spectacular par-71 links-style layout – McLay-Kidd’s first course in mainland Europe – the camera crew also received an exclusive insight into plans for the future at Terras da Comporta from director of golf Rodrigo Ulrich and Josá© Cardoso Botelho, CEO of the owners, Vanguard Properties.

Botelho said: “I think this will be the first and maybe the last new golf development of this quality. Looking around Europe, I don’t see anything similar to this, not only in beauty but also in size. I think it is unique.

“Portugal has a chance with this location to build an amazing luxury development and we want to bring the best brands to all the facilities that we are creating. The concept is very sustainable and we are going to build everything with wood. This will be a huge community and will bring a lot of investment to the region as well as creating a lot of employment for the local population.”

Broadcast each month, the Living Golf programme is hosted from some of the world’s top golf courses and examines the business, environmental and travel aspects of the game, along with interviewing golf’s stars and discussing the big tournaments.

According to independent research from Global Web Index, CNN globally reaches an audience of 843 million people aged 16-64 across television and digital platforms, with CNN available on television in 438 million homes and hotel rooms around the world.

Rodrigo Ulrich, director of golf at Terras da Comporta, added: “What have here at Terras da Comporta is the possibility to create something that is new, exciting and different, and the great thing is that we are starting from scratch. A combination of factors make me believe that we could be on to something very special here, and it was a pleasure to have CNN here to offer golfers across the world a small insight into what we are developing here.”

Situated on the coast in a secluded setting on the edge of the Sado Estuary Nature Reserve, The Dunas Course is one of two 18-hole championship layouts that is planned at the multi-million euro development.

Originally launched by McLay-Kidd in 2010, the links-style Dunas Course has been built using the highest sustainable practices and created over 84 hectares of natural, sandy terrain that is predicted to lead to comparisons with some of the most famous golfing venues in the world when it opens.

Complementing The Dunas Course will be a new clubhouse and golf academy. Away from the fairways, an array of lifestyle activities will be available including horseriding, wellness and sailing, with a wide range of plots for hotels, tourist and residential condominiums also on offer.