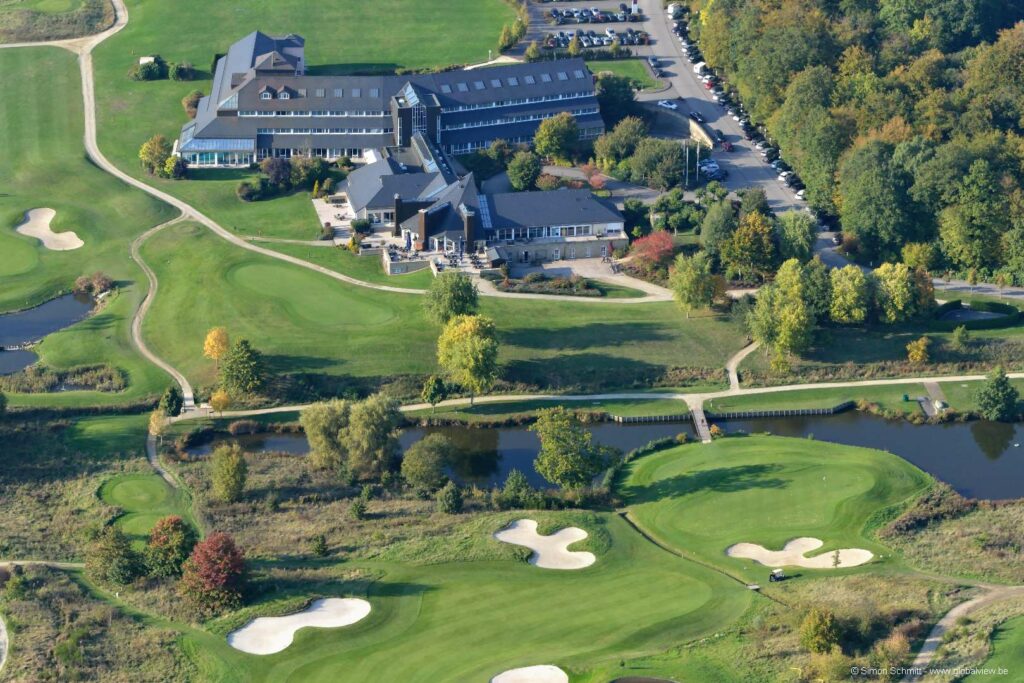 The Kikuoka Country Club was constructed in 1991 within the 250-acre Scheierhaff estate by the Kikuoka family, owners of many other courses in their native Japan.
Share
LinkedIn Twitter Facebook Email

The Kikuoka Country Club was constructed in 1991 within the 250-acre Scheierhaff estate by the Kikuoka family, owners of many other courses in their native Japan. In Lenneng, close to the town of Canach, in the Moselle-producing, southeastern region of Luxembourg, the Country Club includes an 18-hole championship golf course and an adjacent four-star hotel and spa complex.

Set in lightly wooded, rolling countryside, the course was designed by Iwao Uematsu to appeal to both amateur and professional golfers. It has narrow fairways, large undulating putting surfaces, 90 bunkers, and water features that enhance many of the holes. The club has hosted many national and international competitions, including the Luxembourg Open, a golf tournament on the European PGA Challenge Tour played annually from 1999 to 2003.

The renovation of the irrigation system by German contractor Stock Beregnungstechnik began in November 2021 with the aim of shortening irrigation windows, saving water, and improving efficiency and was completed in early March 2022.

“When we started thinking about replacing our 30-year-old irrigation system, it was clear to us that it had to be a system that offered the latest technical capabilities and used our water resources efficiently. It quickly became obvious that our nearly 30-year-old satellite control system could no longer keep up and what Stock Beregnungstechnick and Rain Bird proposed with Rain Bird® IC System™ technology convinced us immediately. Having the ability to control each sprinkler and give each area of the golf course exactly the amount of water it needs means no more wasted water and also means a saving in electricity costs for running pumps, which is not insignificant given the rising price of electricity. All these benefits, combined with fantastic work completed by Stock Beregnungstechnick have given us an irrigation system that allows us to look to the future efficiently and without worry.”

Rain Bird® IC System™ technology was chosen to provide efficient and accurate irrigation and for its fast trouble-shooting ability. On greens and tees, rotors were converted from block irrigation to Rain Bird 752 Series Valve in Head rotors and repositioned, with 752B rotors installed on greens surrounds and in areas with heavier traffic. On some fairways, irrigation was extended from a single row to a two-row system with new, wider pipework and cable installed underground with minimal disruption to the turf. On the remaining fairways with existing two-row irrigation, Rain Bird 900 and 950 Series rotors were installed.

“For me, it was important to choose a system and software that gave me the ability to programme irrigation quickly and to suit individual areas. The irrigation system is life insurance for a greenkeeper, you have to rely on it and be sure that everything works. Also, the myriad possibilities of IC System™ technology give me the ability to proactively identify errors before they negatively impact the quality of the playing elements. The investment in the sprinkler system was first and foremost an investment in the long-term quality assurance of the golf course.”

“Looking back, it was a great project for us too because we were able to use all our know-how. The challenge we had was using and expanding the existing pipe network while the system remained fully operational. We took areas out of operation only where conversion work was being done and even during ongoing game operations, without disturbing the game too much. In the end, we were able to deliver a Rain Bird system to Kikuoka Country Club that incorporates the most advanced technology on the market.”